By nmdpa3, June 24 in Troubleshooting Issues 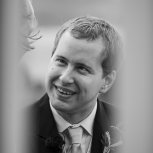 Hello Everyone, I am pleased to advise that a Hotfix is now available for this issue and can be obtained via the below link. Please unzip this attachment and place the files in your WHMCS directory. If asked to overwrite any files please do so. This hotfix applies to WHMCS 8.2.1 only

Details on the hotfix for this issue